When a person experiences anxiety, they will almost always know that they don’t need to be feeling that way.

Yet, despite knowing that, the person will struggle to stop themselves from feeling anxious in the moment.

They will also struggle to prevent themselves from feeling that type of anxiety again and again in the future.

Thankfully, there are things that you can do to reduce feelings of anxiety in the moment and to also prevent it from happening again to you in the future.

Here are the 6 ways that I’ll explain in this video.

1. A positive way of thinking that calms you down

The main cause of anxiety is worry.

Essentially, if you worry too much, you will feel anxious.

To stop yourself from worrying so much, I recommend a positive way of thinking that I call, Find The Hope.

The reason why, is that it has been clinically proven that when you focus on feeling hope in a situation, it significantly reduces your feelings of anxiety. 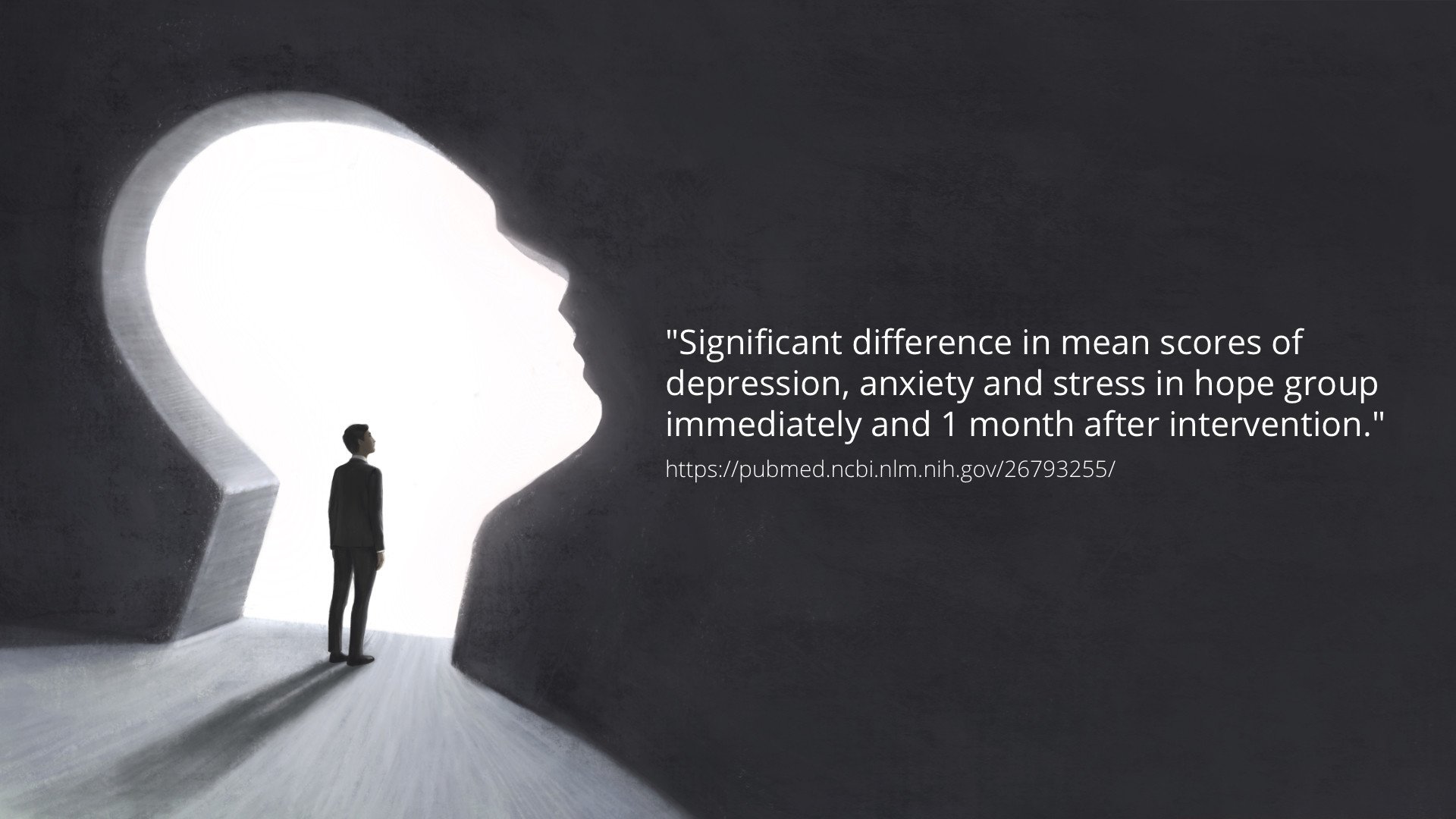 So, if you begin to feel anxious in the moment, or have been feeling anxious for quite a while about something that has been going on in your life or something that is coming up for you, then I recommend that you focus on finding hope in the situation.

For example: A guy is feeling anxious in a social situation.

He’s worried that he might say or do something to embarrass himself or be seen as less than in some way.

Rather than worrying and causing himself to feel anxious, he can instead focus on the fact that there’s a chance things could go well (i.e. focus on the hope).

It might actually be a great day or a great night for him.

He might say or do something that he regrets saying later on.

Yet, it’s much better to get rid of the anxiety and be in a more confident, easygoing, relaxed state of mind and state of being, rather than worrying yourself into feeling anxious in a social situation.

Another example is a guy feeling anxious about going on a date with a woman he really likes.

To find hope in the situation, he should focus on the fact that she has agreed to go on a date with him.

She obviously likes him enough to be alone with him and see where things go.

If she didn’t like him, she almost certainly wouldn’t go on a date with him.

By finding hope in the situation, rather than worrying and causing himself to feel anxious, the guy is then going to be more relaxed, confident and easygoing.

As a result, the woman is going to find him more attractive and he’s going to enjoy the date so much more.

2. A supplement you can take

The supplement I recommend is one that is manufactured in an FDA-registered facility for my brand ModernX.

It’s called Calm & Clear and includes 28 ingredients that have been scientifically proven to reduce feelings of anxiety, stress and even depression.

One ingredient is Ashwagandha, which has been proven to reduce feelings of anxiety and stress.

Another ingredient is Bacopa extract, which not only reduces anxiety and feelings of depression, but also improves the rate at which you can visually process information, learn and remember.

Another ingredient is Passion Flower, which increases your spatial memory while reducing stress and anxiety.

Another ingredient is Rhodiola, which significantly reduces anxiety as well as stress and depression.

Finally, another one of the 28 ingredients in Calm & Clear is Mucuna Pruriens, which has an antidepressant effect.

So, overall, Calm & Clear significantly reduces feelings of anxiety, stress and depression, while also boosting your mood, mental clarity and ability to learn and remember.

You stop worrying yourself into feeling anxious and instead, start feeling more positive, hopeful, confident and clear-minded.

3. An easy breathing technique to use

When a person is feeling anxiety, their rate of breathing and the depth of their breathing will almost certainly change.

They may not really notice it themselves, but in almost all cases, they’ll breathe a little bit faster and a little bit more shallow.

They won’t have deep, relaxing breaths that they would have if they were relaxed and at ease.

So, if you start to feel anxious, one of the things that you can do to help get yourself into a more relaxed state of being is to use a breathing technique that I call, Slow Breath & Disconnect. 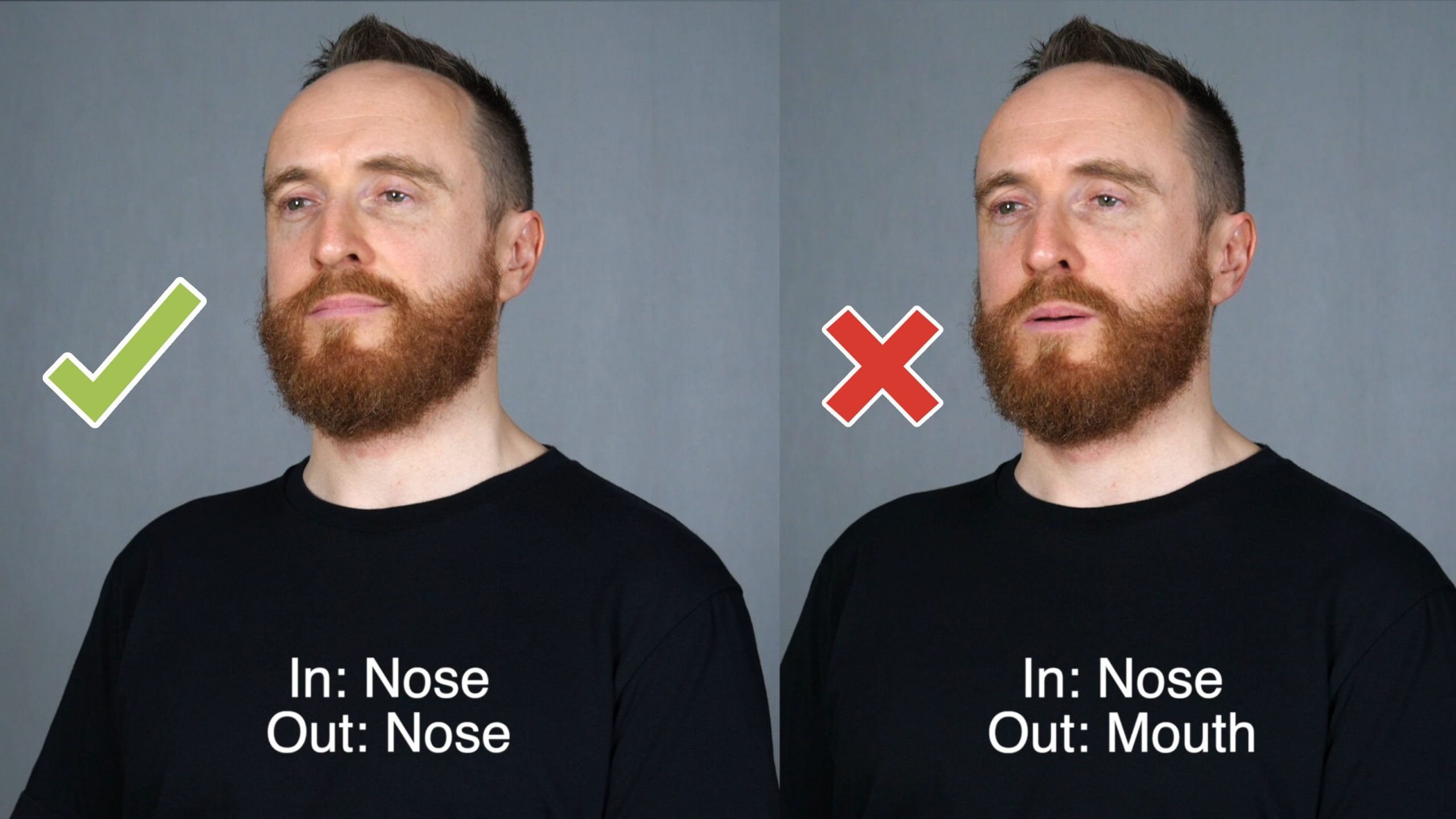 Stop focusing on all the little details of everything around you.

Focus on the feeling of relaxation that you’re experiencing as a result of breathing more slowly.

It’s also less relaxing to breathe in deeply through your nose and then breathe out slowly via your mouth.

4. A question to ask yourself

If you find yourself feeling anxious in a moment, or if you’ve been experiencing an ongoing feeling of anxiety that you want to shake, then a question you can ask yourself is this, “What am I doing now to make this situation better?”

Think of the things you’re doing that will make your future better.

Imagine your future being better.

Asking yourself that question is another way of causing yourself to feel hope and optimism, which, as I said earlier, has been clinically proven to reduce feelings of anxiety.

Here’s an example. A guy is hanging out with a woman he’s dating.

Yet, he’s feeling anxious about her potentially losing interest and then leaving him.

He can ask himself, “What am I doing now to make this situation better?”

If he knows that women are attracted to confidence in men, then he will realize that it’s important for him to be confident and believe in himself around her.

The more he does that, the more naturally attracted she will feel and the better the relationship will be for the both of them.

Another example; a woman is hanging out with a man she’s dating.

She’s feeling anxious about him potentially losing interest and then leaving her.

She can ask herself, “What am I doing now to make this situation better?”

If she knows that men don’t like it when women get too desperate, clingy, or needy, then she will realize that it’s important for her to relax and allow the relationship to unfold naturally.

The more she does that, the more naturally attracted he will feel and the better the relationship will be for the both of them.

So, essentially, rather than worrying and causing yourself to feel anxious, you can ask yourself the question, “What am I doing now to make this situation better?”

When a person feels anxiety, they set off what is commonly known as the fight or flight response in their body.

The body reacts as though the person really is in some sort of danger, by increasing stress hormones like epinephrine and norepinephrine. 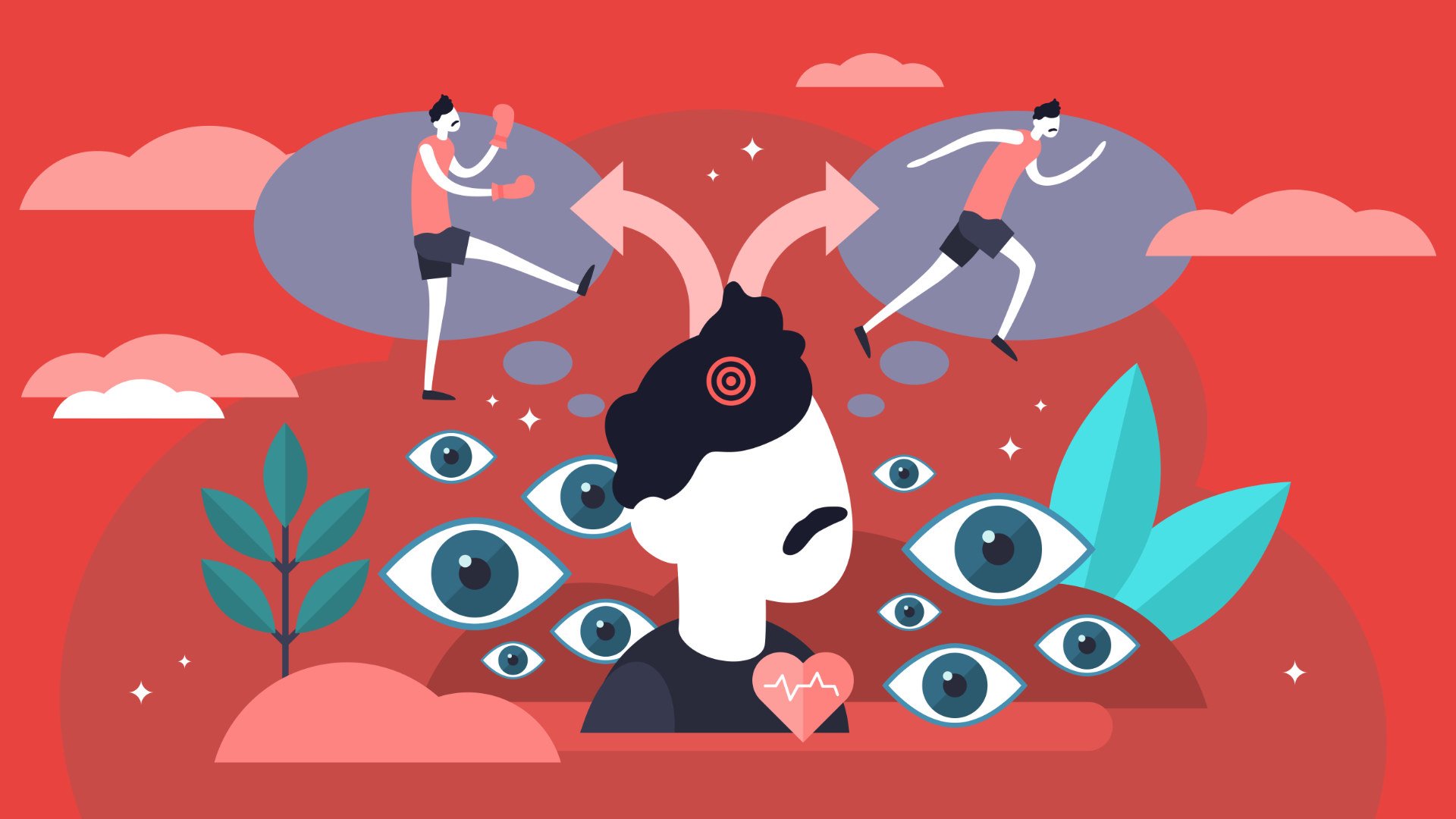 As a result, the feeling of anxiety only gets worse because the person is now feeling more tense, uptight and concerned.

Essentially, anxiety comes from the way that a person thinks about a situation and then how they feel as a result.

So, if you find yourself in a situation that is causing you to feel anxiety because you’re setting off that fight or flight response in your brain and all sorts of stress hormones are being released, then what you can do is use the following mindset to calm yourself down, reduce your feelings of anxiety and start to feel more at ease.

The mindset is, “This isn’t a problem. This is good for me.”

Then, think about the reasons why the current situation is good for you.

So, if you’re feeling anxious in a particular situation and setting off that fight or flight response, try to look at the situation in a different way.

Try to think about it in a different way.

Then, rather than worrying about what might happen that day or in the future, you begin to feel positive, confident and optimistic about that particular day or your future.

You feel like you are more in control of your life now and are leveling up as a person, which gives you a kind of confidence that is impossible to feel when you’re worrying, feeling anxious and letting the fight or flight response take over.

When you’re in a situation that is causing you to feel anxious, try to find something to laugh about.

Science has proven that laughter increases serotonin in the brain, which then reduces anxiety.

So, if you’re in a situation that is causing you to feel anxious, try to find something to laugh about; try to find the humor in the situation.

Now, it can be a laugh about something with the people you’re with.

It can be a laugh at the situation that is making you feel anxious, or if you’re alone, laughing at yourself a little bit for getting so worked up over nothing.

In addition to increasing serotonin in your brain and reducing anxiety, laughter also helps you stop one of the main causes of anxiety, which is worry.

So, if you’re in a situation and you’re worried about something and then you find something to laugh about, you’ll feel a lot of relief.

You’ll feel a lot better about the situation and about yourself.