How you develop and use your brain every day from now on will directly affect the quality of your life.

It will affect your ability to understand what is going on around you, to make effective decisions when presented with opportunities or challenges in life.

It will also determine what sort of advantage or disadvantage you have, when it comes to those that you’re trying to compete against, whether they be co-workers, teammates, friends, siblings, business competitors, and so on.

If your brain is operating at its optimal capacity and it’s getting smarter and stronger every day, then you’re going to get ahead.

So, in this video, I’m going to explain five ways that you can increase your brain power. The five ways are:

1. A Superior Way of Thinking 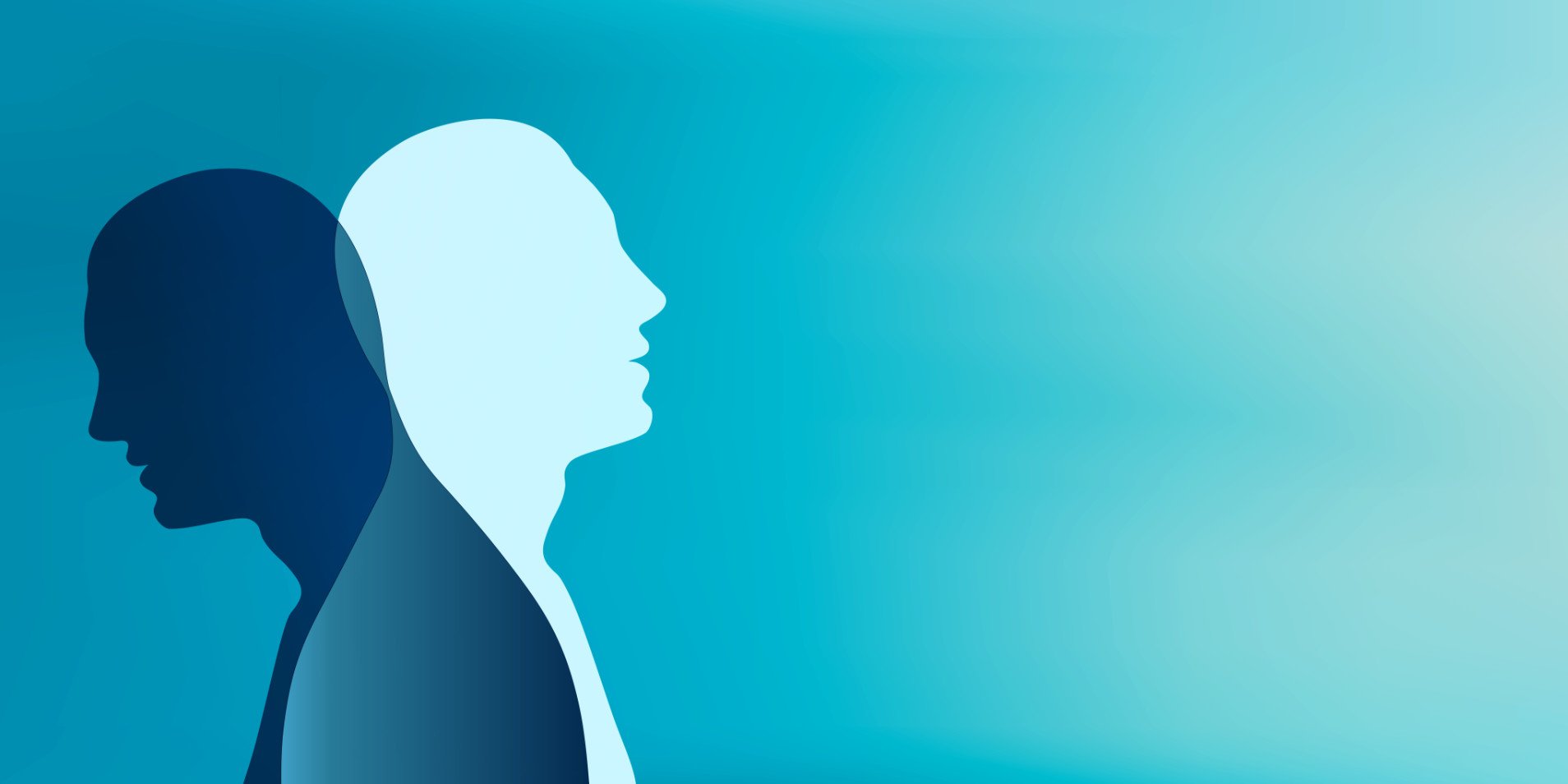 Generally speaking, the way that you think on a daily basis either creates feelings of stress or well-being.

If you want your brain to be operating at its optimal capacity, you want to be creating feelings of well-being.

The reason why is that, according to a study published in Scientific American, stress and glucocorticoids can disrupt memory formation and can cause hippocampal neurons to atrophy or decrease in size and lose some of their many branches.

Likewise, another study found that prolonged exposure to stress results in a loss of neurons, particularly in the hippocampus area of the brain.

The hippocampus is primarily used for learning and memory.

So, if you are in the habit of thinking in a stressful way or even just feeling a subtle underlying feeling of stress that you’ve gotten used to, then you are literally limiting the power of your brain and not allowing yourself to perform at your peak, which will result in you achieving less than you are capable of.

To clear away stress and to create a feeling of well-being, I recommend that you use a superior way of thinking that I call the Better Every Day Mindset.

As you go through your day, remind yourself that you’re getting better every day at whatever it is you’re trying to accomplish.

You’re getting smarter, wiser, more in tune, and are finding it increasingly easier to succeed.

When faced with a difficult task, say to yourself, “I can do this. I’ll figure it out. It’ll be easy for me.”

When you’ve completed the task, say to yourself, “I’m even smarter now. I’m more effective. I’ve leveled up. I’m always improving. I’m better than I was before.”

Science has proven that, when you use a positive mindset and a positive way of thinking, it actually reduces stress by at least 23% (study).

Stress, as you now know, is something that reduces your brain’s ability to perform at its peak.

So, try to get used to using the Better Every Day Mindset to increase your brain’s ability to learn, remember, and perform more effectively on a daily basis.

2. A Supplement You Can Take That Has Scientifically Proven to Work Ingredients 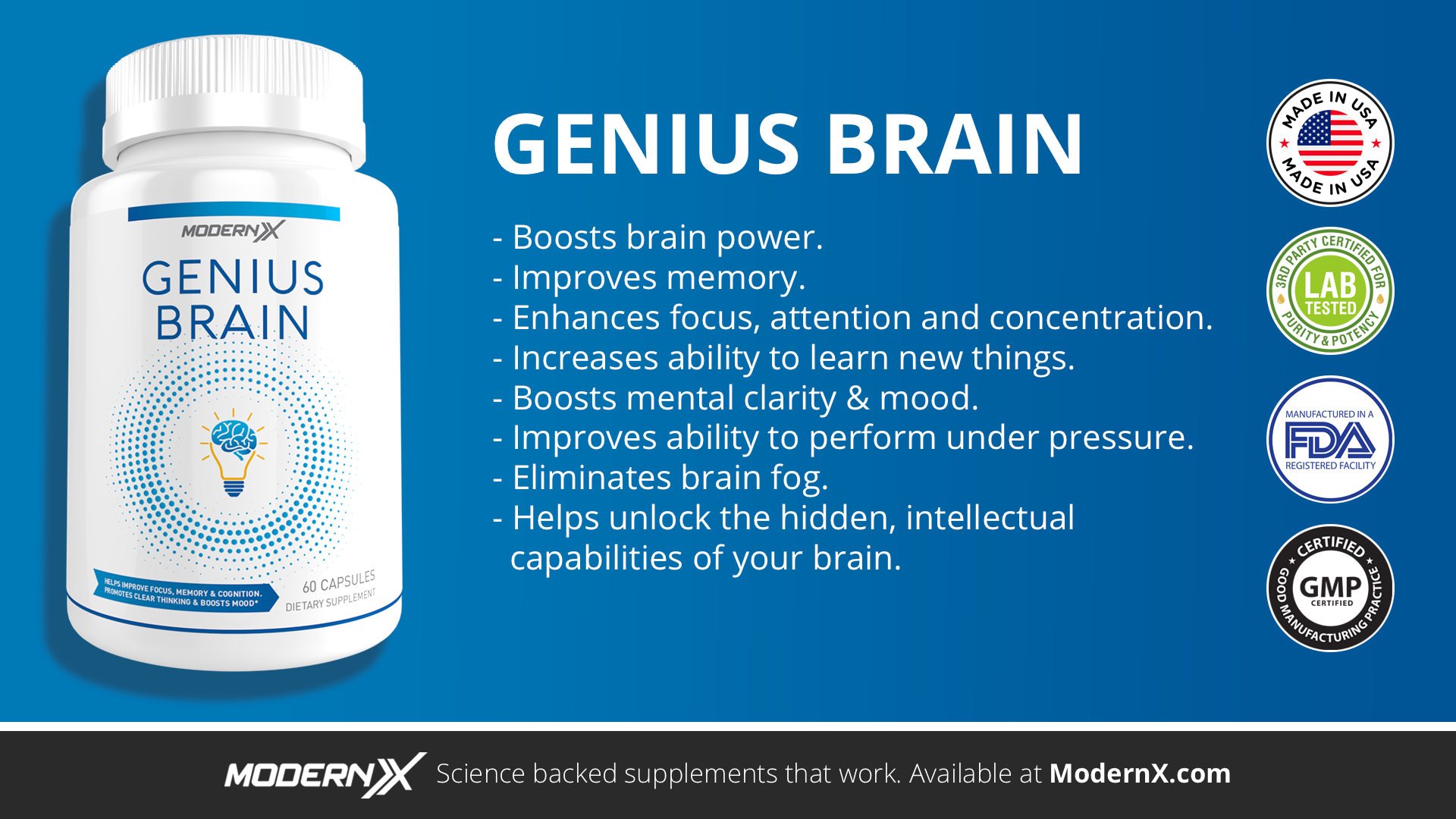 The supplement is called Genius Brain and it’s a supplement that I manufacture in the USA and ship globally.

One of the ingredients in Genius Brain is DMAE, and it boosts the neurotransmitter involved in learning and memory and it also induces a state of well-being.

Another ingredient is Licorice Root extract, which has been found to significantly enhance learning and memory.

3. A Specific Kind of Thing to Learn 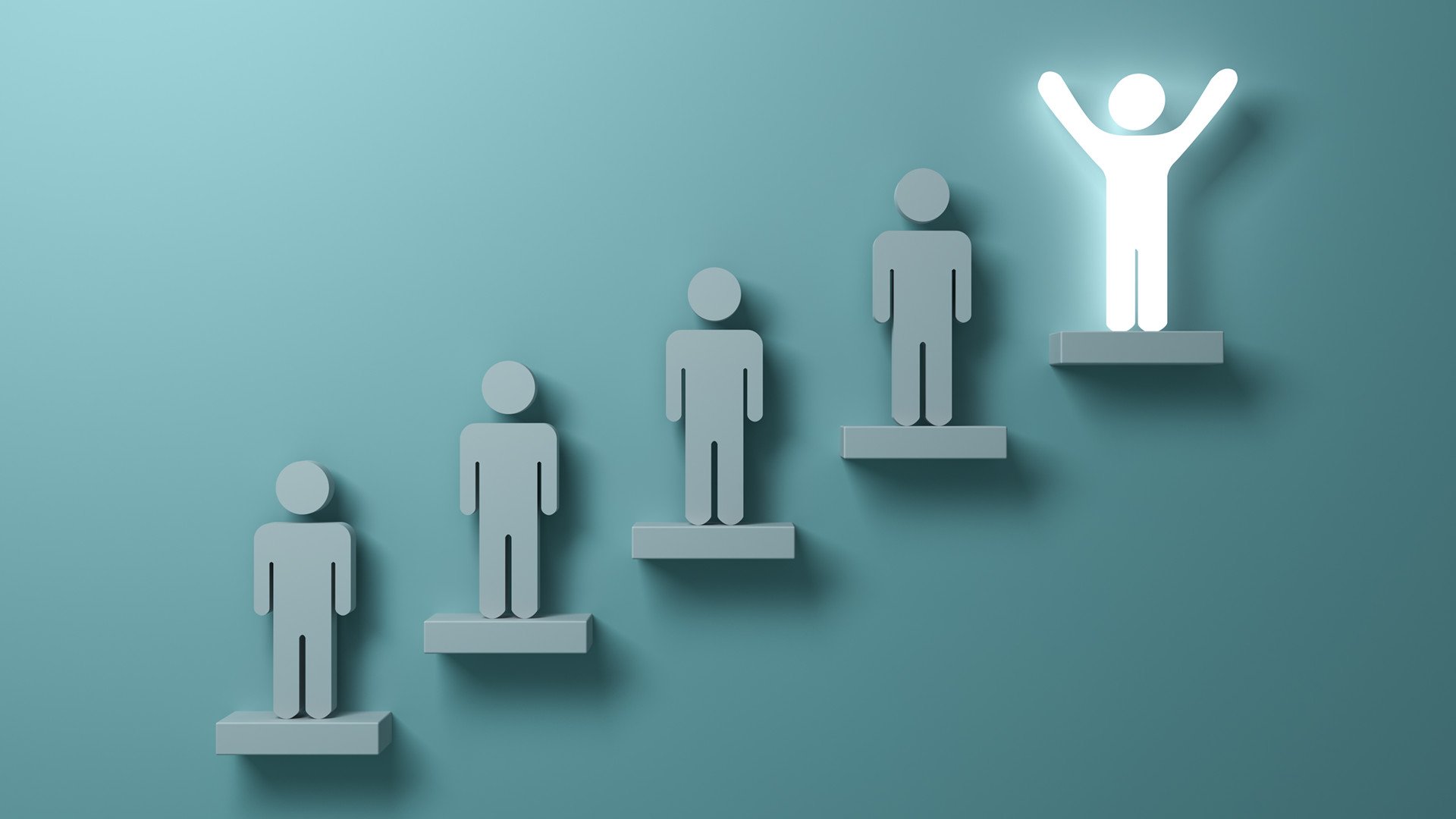 Everyone learns as they go through life, but scientists have found that if you regularly learn things that are challenging to understand initially, or you develop new skills that are a challenge to acquire, it increases the amount of active neurons in your brain and improves your cognitive performance now and in the future.

For example: Have you ever found that, when you learn a new area of knowledge that is difficult to understand initially, or you acquire a new skill that was challenging to develop initially, suddenly, other areas of life start to make sense to you?

Additionally, sometimes the new challenging skill or are of knowledge helps you to fill in the missing piece in a particular area of your life that has been holding you back.

Suddenly, you can step up and start succeeding in that area.

What you suddenly see, isn’t seen by everyone.

Most people are blind to it because they don’t know what you know.

They don’t understand what you understand and that gives you a distinct advantage that you can use to more easily succeed in life.

Additionally, when it comes to the brain, there is a term called ‘neuroplasticity,’ which, essentially, refers to your brain’s ability to create new connections between the approximate 100 billion neurons in your brain.

Additionally, as you upgrade your brain with new ‘challenging to acquire’ knowledge, complex ideas and solutions come to you very easily and with little effort.

Based on the complex connections you now have in your brain, you literally begin to unlock your inner genius and can put that to good use if you focus and follow through on what you want to do or achieve in life.

4. An Emotional State to Get Used to Being in 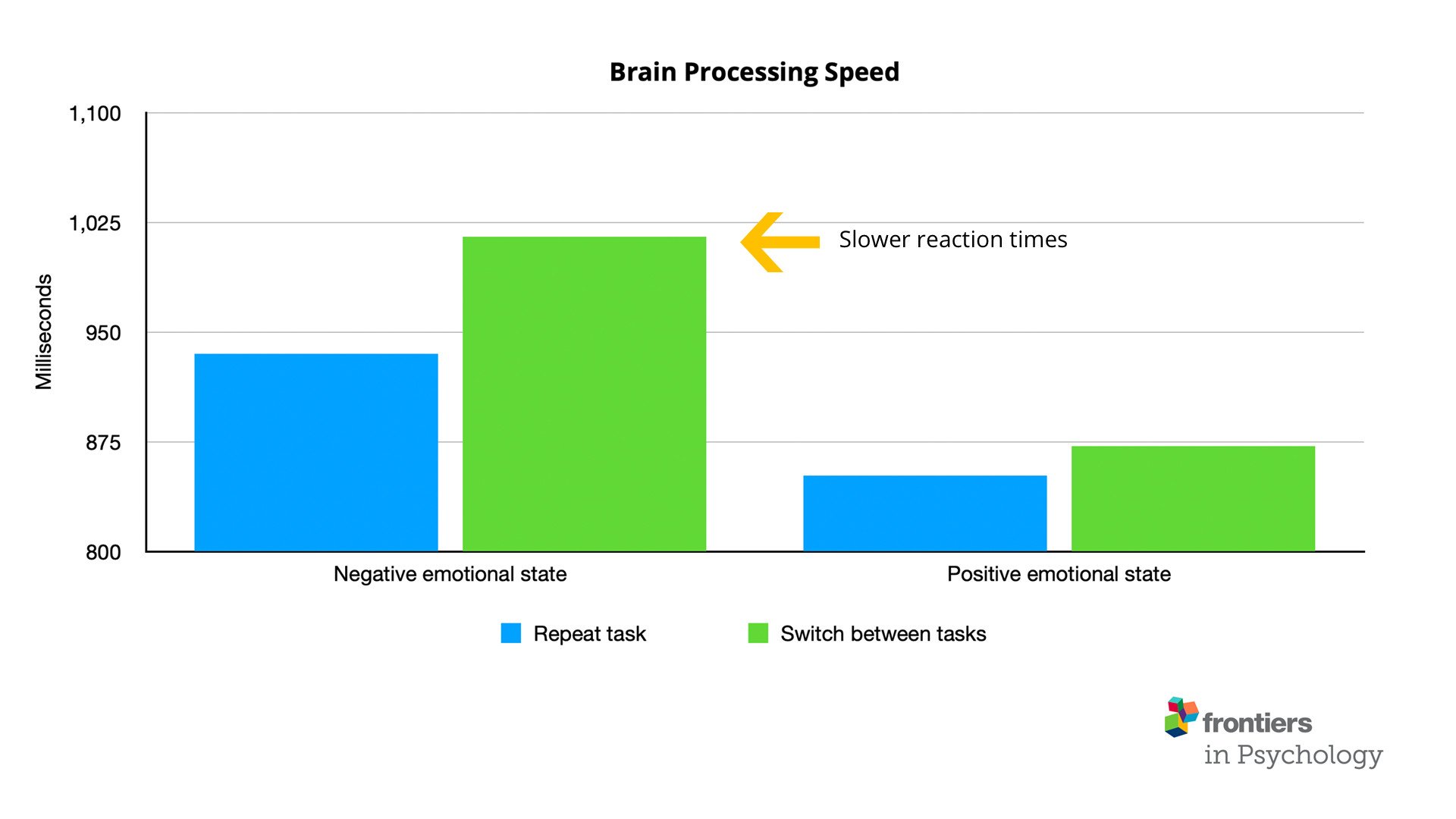 According to a study published in Frontiers in Psychology, being in a negative emotional state reduces the speed at which your brain can switch between tasks, visually process information, and come to conclusions.

Whereas, if you are in a positive state of mind, your reaction times, thought processing speed and effectiveness increase significantly.

Additionally, it has been found that your brain has to work a lot harder to function when in a negative emotional state of mind and when performing challenging tasks, compared to a positive state of mind.

Finally, according to a study published in Translational Neuroscience, a decrease in positive emotions can make it difficult to perform tasks that rely on executive functions of the brain, such as adaptable thinking, attention, effort, planning, self-control, self-monitoring, working memory, time management, and organization.

So, whenever you’re working on or engaged in whatever it is that you want to have more brain power while doing, get into the habit of being in a positive emotional state, which will allow your brain to perform better with less effort compared to if you were in a negative emotional state.

For example, when doing the thing that you want to have more brain power whilst doing, get into the habit of thinking things like this: 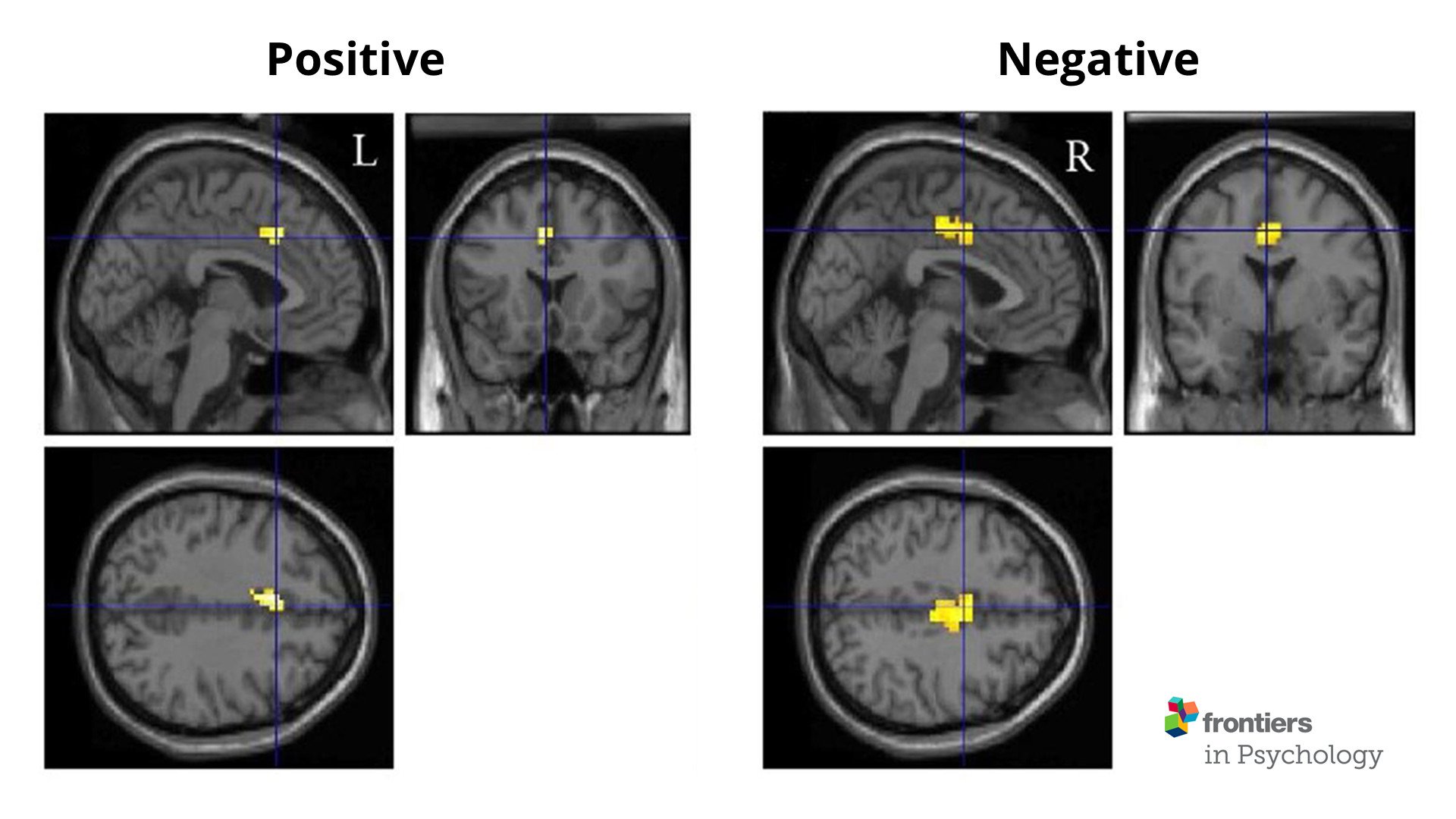 On the other hand, if you were to think something like, “Oh, I’m nervous about doing this because I haven’t fully prepared myself,” or, “I’m nervous about doing this because the other person might know more than me or they might be more skilled than me,” then it’s going to cause your brain to have to work a lot harder to perform tasks that rely on executive functions.

So, if you want to increase your brain power and get more out of your brain, try to get used to being in a more positive emotional state of mind when doing whatever it is that you want have more brain power while doing.

5. A Kind of Video Game to Play

A common myth out there is that, if a person plays video games, then it’s going to ruin their eyesight or ruin their attention span or focus.

Yet, the opposite is actually true.

Daphne Bavelier, a professor of brain and cognitive sciences at the University of Rochester has conducted more than 20 studies on young people who play action video games.

Here are some of her findings that destroy a lot of the negative myths out there about video games.

People in the study who played video games had better vision than the non-gamers, in some areas, such as noticing smaller details more quickly and being able to differentiate between different shades of color.

They also had better attention and focus than non-gamers.

They were also able to track more moving objects in an environment than non-gamers and, overall, it was found that the brain improvements a person experiences from playing action video games were still there 5 months after going through the study.

So, there are a lot of benefits to the brain and to the eyesight as a result of playing video games.

However, if a person were to overplay, to play way too often and for too long, it can cause their stress levels to increase, which then reduces their ability to learn and remember.

For example: If you play multiple times per week and for many hours and then find that you struggle to focus and think clearly and make clear decisions throughout your everyday life, then it means that you’re possibly overplaying and need to scale it back a bit.

By the way, on the subject of games, surprisingly, it has been found that brain-training games only provide a small amount of benefit compared to the significant benefits provided by playing action video games.

Brain training games are good for people who are recovering from an illness, an accident, or who have a low level of cognitive ability to begin with.

However, for most people, if they actually wanted to play a game to increase their brain power, they’d be much better off playing a more fun, engaging, action video game to sharpen up their brain’s ability to maintain focus and attention.